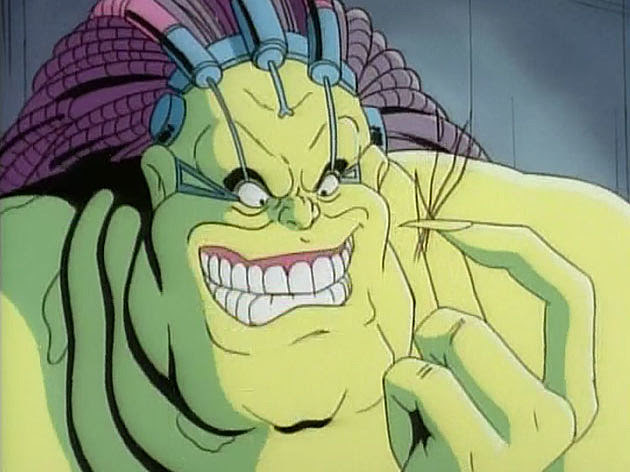 There are a lot of colorful characters in the X-men mythos. I’ve brought in many of those characters in the X-men Supreme fanfiction series. Some are fairly easy. Deadpool is always a treat and I’ve made sure he’s had his moments. I’ve also tried to capture the charisma of characters like Sinister and Emma Frost. But of all the characters who present a challenge to X-men writers, few are as strange as Mojo.

When I decided to bring Dazzler back into the fold in X-men Supreme, I wanted to include Longshot and Mojo as well. Longshot has longstanding ties with Dazzler in the X-men comics. So bringing him into the Impossible Odds arc wasn’t too much a challenge. But Mojo presented a far greater challenge. His background in the X-men comics is somewhat obscure, but extremely twisted. It was hard enough bringing elements like the Shi’ar into the X-men Supreme fanfiction series. Bringing Mojo into the mix proved even harder.

But in X-men Supreme Issue 129: Impossible Odds Part 1, I did it. In this fanfiction series, Mojo is actually Mojo Adams. He’s not this hideous alien creature from another dimension. He’s an oversized, overbearing, and overly energetic visionary who wants to turn the technology of the Danger Room into a form of entertainment. And he’s willing to put Dazzler, Longshot, and the X-men into the crossfire if it gets ratings. This is the Mojo we have in the X-men Supreme fanfiction series. He might be very different than his comic counterpart, but he still has the charisma.

It’s one of the less obvious issues in the X-men mythos, but one that has real-world implications. The technology that could create advanced training facilities for the X-men could just as easily create dangerous environments for extreme reality shows. In this world and in the world of X-men Supreme, ratings still drive entertainment. It doesn’t matter how mindless or brutal it is. If it gets ratings, it’s going to get attention and it’s going to make money. Mojo understands this and he’s going to push it to wholly unreasonable extremes in the Impossible Odds arc. Just how extreme is it going to get? Well, I’ve prepared a preview of what the X-men are in for with Mojo's theatrics. If you didn’t hate reality TV enough, you’ll hate it after this.

“Either we’ve been transported to the future every Terminator movie warned us about or we’re standing in the middle of Mojo’s insanity,” said Phoenix as she looked around.

“I haven’t heard anyone say ‘come with me if you want to live’ yet so I guess that narrows it down!” said Cyclops as he put his hand on his visor in preparation.

As the X-men took in their new surroundings, Spiral emerged atop a pile of rubble about a hundred feet away from them. When she appeared, she had weapons in each of her many hands that included four guns and two swords. She stared down at Cyclops, Phoenix, Iceman, Beast, Storm, Gambit, Psylocke, and Colossus with a predatory scowl. She had been waiting for this chance for quite some time.

“You almost sound proud of that,” scoffed Psylocke as she formed a psionic blade.

“I assume that little exercise in teleportation is not solely part of Mojo’s act. You’re a mutant, aren’t you?” surmised Beast.

“Were the extra arms not enough of a clue?” said Spiral.

“If that’s true, then what the hell are you doing helping a creep Mojo?!” asked Iceman.

“I’m simply returning the favor of screwing you over!” she replied ominously, “I was on Genosha the day you had to butt in and ruin everything! As far as I’m concerned, you did our entire race a disservice! What better way to punish your treachery than humiliating you on global television?”

Some within the team who took part in the Genosha uprising now remembered her. She was one of the many mutants who watched Magneto’s plan fail because of them. She was obviously not satisfied with what happened after and was looking for an opportunity to see the X-men fail as well.

“Just what Remy needs, another crazy femme that holds a grudge,” muttered Gambit.

“And you didn’t even get to sleep with her,” commented Psylocke.

“That be her loss. Although with those arms, it probably ain’t worth it.”

“At least she’ll save us the trouble of finding someone who can lead us to Dazzler and Longshot!” said Cyclops as he prepared his visor.

“Oh come now, X-men! Where’s your sense of theatrics?” scoffed Spiral, “Say what you will about Mojo. He’s always in control!”

Spiral kept grinning as several large shadows passed overhead. The X-men looked up to see a hoard of oversized killer robots. They knew they were of the killing variety because instead of arms, they had two massive cannons attached to a large triangular body with a large red light in the center. They had no legs to support themselves, using a constant thrust of rocket exhaust to keep it air-born. It didn’t have the same presence of a sentinel, but they all set their sights on the X-men as if having taken commands by Spiral.

“You do realize you’re doing an even greater disservice to our kind by participating in this blood sport, right?” Storm yelled towards Spiral as the X-men were surrounded.

“With the Mutant Liberation Force running rampant, it can’t get much worse. At least I had the good sense to make Mojo pay me for my services,” retorted Spiral.

“Whoa…you’re getting paid for this and we aren’t?” said Iceman, “Cyclops, seeing as how we’re in Hollywood…”

“Just putting it out there,” he replied, “If we’re going to get our asses kicked again, it might help to get a little compensation for it.”

Taking command as the X-men’s Operations Commander, Cyclops fired the first short at one of the incoming robots. It only dented the thick metal shell, allowing it to aim its arm cannons right towards the X-men and forcing them to go on the evasive.

“Dang! So we really be playing Mojo’s game?” asked Gambit.

“We have to for now! But not for too long!” said the X-leader.

“The odds are more fair than you think, Gambit,” said Beast, “We deal with such threats on a regular basis. Consider this an impromptu Danger Room session.”

“With Wolverine controlling the scenario while drunk,” added Phoenix added.

“Even with killer robots? I don’t think it is that bad,” said Colossus, despite one of the robots aiming its cannons right at his head.

Another robot opened fire. This time Colossus didn’t try to avoid it, choosing to draw the attack so the rest of the team could get into position. He braced himself for the major hit, which delivered the kind of force that would rip the flesh off any man who didn’t have metal skin. While it did mess up his uniform, it also gave the rest of the X-men a chance to counter.

Cyclops coordinated with Phoenix and Iceman, who each focused their attacks on two robots hovering over Spiral, hitting them both with a mix of optic and ice blasts. Beast and Gambit broke off in the other direction, drawing two more killer robots towards one of the decimated building. In close quarters, their agility gave them an edge and allowed them to better outmaneuver these behemoths. In many ways it was like a Danger Room session because there were rules to follow and strategy to utilize.

As part of this strategy, Psylocke moved in and backed up Colossus, throwing her psionic blades right up at the killer robot that first shot at them. She managed to hit the arm cannons before it could shot Colossus again. It caused the robot’s components to spark erratically and spin out of control.

“Thank you, Psylocke, I’d rather not take too many of those,” said Colossus, his ears still ringing.

“These blokes may look tough, but at least the Sentinels had personality,” commented Psylocke as she formed another psionic blade.

“I hope that means they’re as easy to outsmart,” said the Russian.

“I’ll put that theory to the test!” said Storm as she flew by.

Characters like Mojo are colorful and strange. That’s part of what gives the X-men their charm. Bring them and Dazzler into the mix and you’ve got a nice entertaining interlude in between battles against killer robots and the Mutant Liberation Front. I know the X-men Supreme fanfiction series deals with some serious issues at times, but I try to make time for fun interludes in between. I consider the Impossible Odds arc one of those interludes. For that reason, it’s important to know that you are sufficiently entertained by Mojo and his antics. So please take the time to provide feedback. Either contact me directly or post your comments in the issue. Either way is fine. Until next time, take care and best wishes. Excelsior!