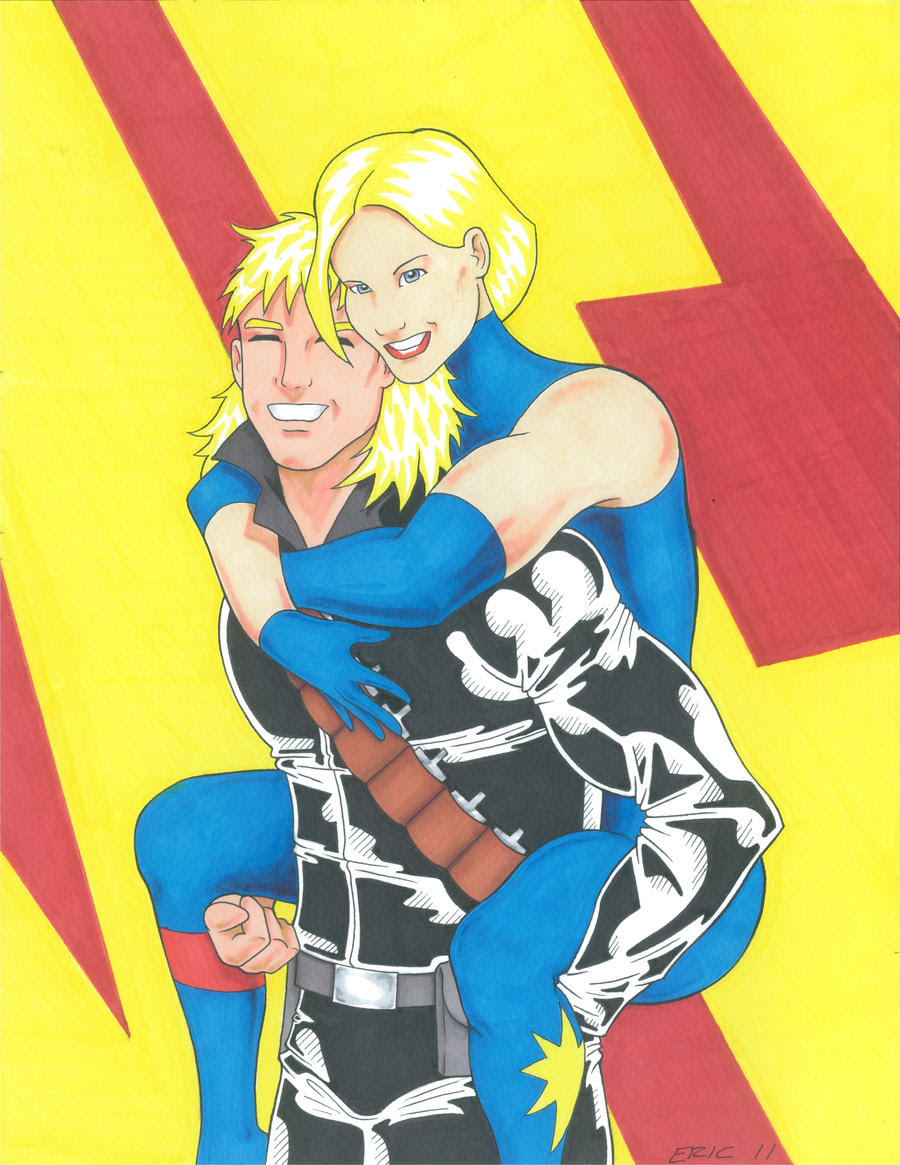 How far are you willing to go to become a star? That’s a question a lot of people contemplate in some form or another. Everyone has a certain line they won’t cross. For some people, those lines are poorly defined or non-existent. The X-men have often had to deal with people for whom there are no lines. And if there are, they’re often crossed. It has put them in a lot of dangerous situations in the X-men Supreme fanfiction series. Magneto had lines he wouldn’t cross, which led to his downfall in the Uprising and Overlord arcs. Sinister crossed every line in the Dark Legacy arc. But with Mojo Adams, the X-men have never been in a situation like this before.

This is not the same as stopping an asteroid, thwarting a plague, or even protecting a mutant community. Against Mojo, the X-men have to deal with a threat whose only goal is to turn mutants into an entertainment product. This goal has already put Dazzler and her new ally, Longshot, in the crossfire. Now the X-men have to enter the unique chaos that Mojo has created. But in the X-men Supreme fanfiction series, it’s not enough to create chaos. Mojo has to make it go viral and profit the hell out of it.

This is the Mojo the X-men are up against in X-men Supreme. I knew I was going to have to tweak Mojo’s character if I wanted to use him in this fanfiction series. That’s why I’ve adopted more traits from his Ultimate X-men version. He’s not an inter-dimensional being. He’s an ordinary human. Granted, he’s an exceedingly eccentric human with obscene resources, but a human none-the-less. And I think that’s important for the context of this story because he knows there are mutants like Dazzler out there who have hopes and dreams. Like many shady Hollywood types, Mojo is looking to exploit those dreams for his own personal gain. That’s how Hollywood works in both the real world and the world of X-men Supreme.

X-men Supreme is also a world where the Mutant Liberation Front has made life very difficult for mutants like Dazzler. X-men Supreme Issue 127: Terror Sell inspired a new wave of fear for the mutant race. Can Dazzler still achieve her dream in this environment? Can Longshot achieve his as well? Well if they are going to pursue their respective dreams, they’ll have to survive Mojo’s chaos first. And the X-men will have to survive it as well. With a Deadpool movie just a few weeks away, I think this sort of chaos is wonderfully appropriate for X-men Supreme. So with that, I hope the conclusion of the Impossible Odds arc provides the entertainment value that Mojo himself would approve of.

The X-men deal with a lot of serious issues. I’ve tried to touch on many of those issues over the course of this fanfiction series. But I also try and take the time to do arcs that have more entertainment value. Not every issue needs to be a dire crisis. Arcs like Impossible Odds help lighten the spirit of this fanfiction series and I hope fans of Dazzler, Longshot, and X-men in general find something to enjoy. As always, it’s very important for me to know whether or not I’ve entertained my readers. And the best way to do that is to leave a review. Either post it directly in the issue or contact me directly. Either way is fine and I’m always happy to chat! Until next time, take care and best wishes. Excelsior!